The environmental integrity and long-term protection of the Cubango-Okavango River Basin depend on addressing the underlying drivers of poverty. Accelerated environmental changes in the basin are largely driven by four factors – population dynamics, land use change, poverty, and climate change – leading to deterioration in water quality, changes in the flood pulse and diminishing biota. The near pristine nature of the basin is a product of the relatively low level of economic development within the basin – the result of a complex geo-political history and the fact that the basin populations are remote relative to the countries’ capital cities and main centers of economic activity. CIWA’s Cubango-Okavango Livelihood Enhancement Program is to support the Multisector Investment Opportunities Analysis used to develop long-term investment and livelihood improvement programs. There is an ongoing support for developing the next phase following MSIOA. The anticipated benefit for the region would be: Increased income, access to water, sanitation and sustainable energy, actions to address hunger and disease, and promotion of gender equality, education, and environmental sustainability.

Hello and welcome to Across the pond, a podcast program prepared by the communications team of CIWA, the Cooperation in International Waters in Africa. My name is Carine Durand. In this new episode, we invite you to learn more about the Cubango-Okavango River Basin. What is the ecosystem of the region? How CIWA is supporting the country dialogue policy and the transfrontier conservation, Aleix Capdevila, our CIWA senior water resources management specialist gives us some answers. Karen Schneider, our communications specialist is leading the conversation.

Hello and welcome to the Across the pond podcast of the cooperation in international waters and Africa program. Today, we are focusing on the Okavango river basin and our guest is Aleix Capdevila, a senior water resources management specialist at the World Bank. Welcome. Aleix, would you kindly introduce yourself to our listeners?

Thank you, Karen. It’s a pleasure to be here. Basically, I am from Spain. I love outdoors and I love nature. And this is what draw me to study water resources and become a hydrologist. Yes, I have been in the bank for about five and a half years, three of which I have been in the Luanda duty station in, in Angola.

Thank you. So first I’d like to ask you to tell us a little bit about the Okavango region.

The Okavango is a river and its basins. It’s located in Southern Africa. It’s about half a million square kilometers in size. So that’s, it’s about twice the size of the Senegal river basin and about equal size to the, to the Colorado river basin in the us. It’s a transboundary basin. So it spends three countries, the headwaters of the Okavango start in, in Southern Angola in an area that we call the Angola water tower. And, but basically it starts in south Angola. It crosses the panhandle of Namibia. Namibia has a panhandle called the Caprivi strip. So the Okavango crosses this trip and then goes into Botswana where there is the Okavango Delta. So it’s a river basin that doesn’t have an outlet into the ocean. It’s a river basin that ends in in a landlocked basin and it creates an inland Delta that that basically flats every year with the waters that come from Angola that fall during the, the rainy season. So that’s how the basin is.

Thank you all. How would you describe the ecosystems in the basin? And if you can explain for our listeners the dynamics of upstream and downstream, and, and then lastly, if you could talk a bit about the challenges that the people face in the region.

Great. This is a very good question because basically the, the water dynamics, the river dynamics in the basin, they drive everything. I’m not sure if our listeners are going to know what the Intertropical convergence zone is. No, but working in Africa, it’s an important thing to, to mention basically this Intertropical convergent zone is an atmospheric belt of convective activity, which is what creates the tropical rainfall round equator, and this, this belt of rainfall oscillates around equator following the Southern hemisphere summer, and then it oscillates north to the north hemisphere summer and, and so on and so forth. No. So these tropical conversion zone gets to the south of Angola. That’s in the headwaters of the Anglo toward November, December, January, February. And that’s when the rainy season is the, in these four months, all of the water of Okavango falls during that period.

Why is this important to know: the upper watershed is basically old Kalahari sands covered by forests and grasslands. So basically this is like a giant, a giant sponge, you know, that has the size of Switzerland. So when this rain comes from November to February and falls in the upper watershed, this massive sponge of sand covered by forests it absorbs all this rainfall and then it slowly releases this rainfall into the river that flows downstream to Namibia, and then Botswana during the long dry season where not a lot of rain happens no or fault. So basically one, one could say that this upper watershed this an, what we call the Angola water tower is like a climate asset. No, because it stores the water from the rainy season. And then it releases its slowly during the long dry season, perhaps additional context would be that this region is, is very difficult to access because there is no infrastructure and the roads are extremely poor and the communities that live there are basically isolated from the government, from the rest of the world.

They practice subsystems agriculture and they are, they are poor. No that’s where the poverty in the basin is. It’s in the upper watershed. Then the people that live in, in the Caprivi strip of Namibia down lowered in the Delta river and then in Botswana, that’s where all the safari industries, so no rain falls over there because the rain comes from the waters. Rain is in Angola and the water comes from from Angola, but all the economic activities, all the safari industry is in Botswana. And then agriculture and, and fishing in, in a media and, and Botswana know. So, so we have this disparity upstream, we have poverty and under development, but that’s where we have a huge climate asset, which is this amazing sponge that retains the rainfall and releases it during the dry season. So that downstream all the economic activities can take place.

That’s very helpful. Thank you. You were talking about the poverty of part of the region. If you could talk a little bit more about some of the world bank’s long term investments and how in particular, these investments and projects are working to improve livelihoods for the, the, especially for the poor people in the region.

Great. Yes, I think here, it’s important to mention CIWA’s work over the last years in, in the basin, you know, and the production of what we call the, the MISOA which means the MultI-Stakeholder Investment Options Analysis. This is a long policy dialogue that C was supported with also analytical studies that led to this, this miso report. What this work did is brought the three member states together during a period of, of several years. So that representatives from the different member states and the different teams from the member states could discuss and figure out, you know, the strategy for the basin and how to manage the, what resources for the basin, how to coordinate investments and, and how to have a coordinated development of, of the basin. So it really it’s a work that really, I think, sets the foundation for anything that will happen going forward. And it is basically CWA that, that funded these this work now,

Thank you. Now I’d like to ask what are the key takeaways of CWAs work and the world bank’s work in the

The main recommendations from this analysis are along three main dimensions or three key topics. The first recommendation is on climate resilient livelihoods and the development of a program to see how we can develop livelihoods in the upper watershed in a way that is sustainable in terms of water conservation, climate resilience, and long term sustainability without affecting the ecosystem services of water regulation that the area had. So that’s the first recommendation. The second recommendation is also on enabling, based in white ecotourism in the Okavango River Basin. You know, how do we share the benefits of the safari industry and ecotourism, which now is mainly occurring in Botswana and a little bit in Namibia, but how do we also bring this to Angola- And the third recommendation is on the cooperative infrastructure development program. There’s pressure to develop infrastructure in the basin, but these investments tend to have impacts. It’s very important that these are done in a cooperative manner across the three member states. And everybody’s on the same page. These are the key takeaways, from the work done to date in the Angola basin.

Thank you, Aleix. And so that’s where the value added comes in, in getting the countries and the various institutions and the river basins to cooperate over these shared challenges and potential investments.

Yeah. And maybe we could add that it supports the policy dialogue among the three member states with a lot of knowhow, for example, a lot of modeling studies of different kind supported this dialogue, this process, so that everything that was done was done with the support of sort of evidence based on analysis and decisions.

Very good. Thank you, Aleix. Now I’d just like to open it up to you to see if there’s anything you would like to add about this quite interesting region.

Yes. It’s important that we take advantage of this opportunity. We have to conserve this place before it’s too late. Well, now that agriculture pressures and economic development pressures after the civil war have been increasing. So we have a unique opportunity now to, to protect and conserve this place as a climate asset. So it’s an exciting time ahead as we are having these discussions and we, we try to crystallize some CIWA support for the region. Thank you so much, Karen.

Listeners. We have been speaking with Aleix Capdevila on the Okavango River Basin. We hope this discussion has been informative to you, and that you have learned on our engagements in the region. Until next time will be, do goodbye. 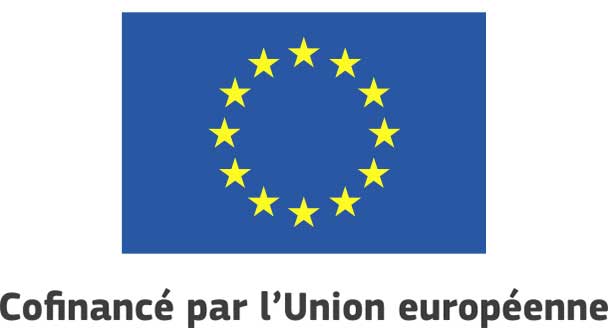